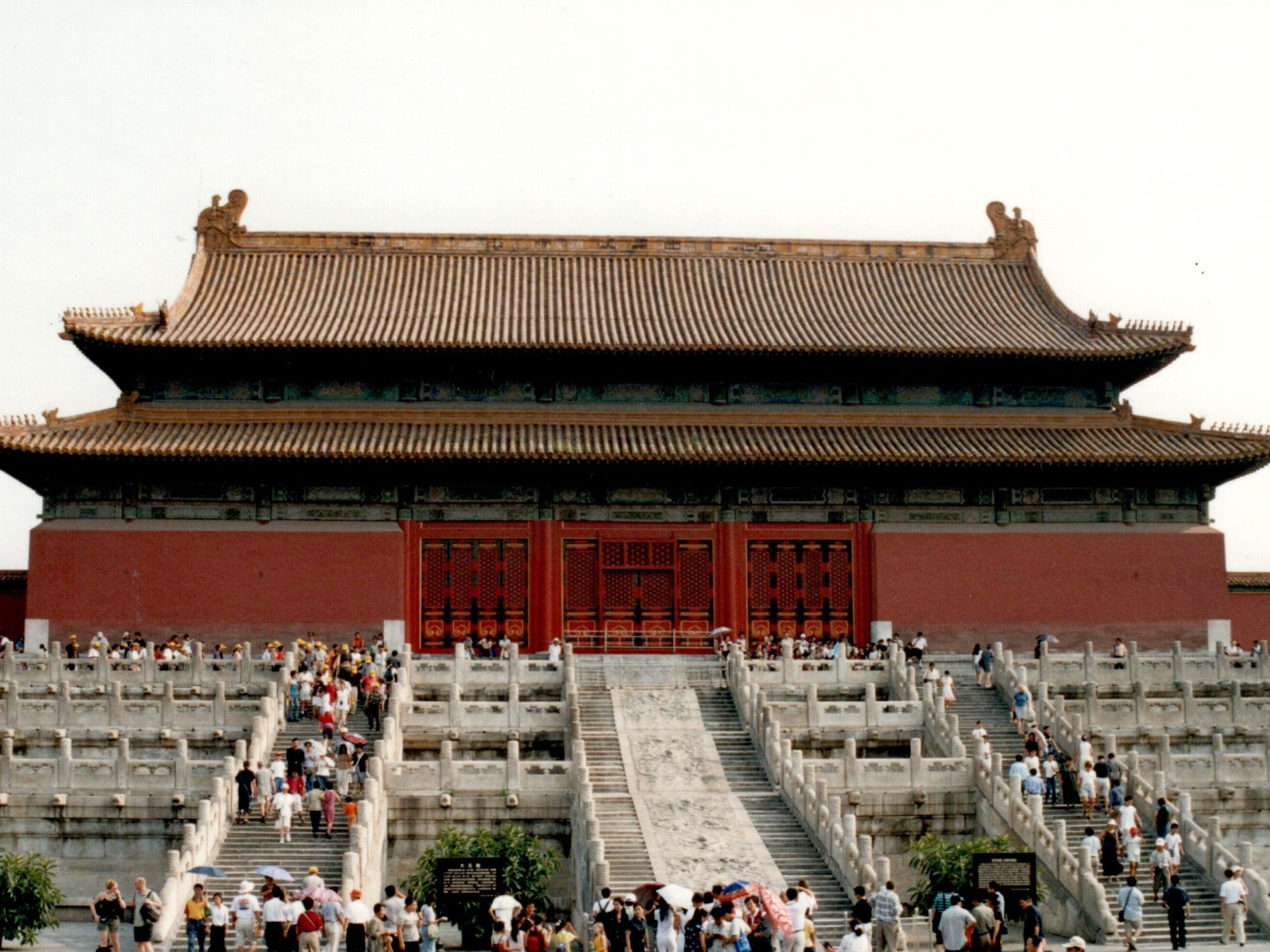 As we approach the first anniversary of the untimely death of NBA legend Kobe Bryant, I was reminded of the time we saw him up close back in 2002–in China of all places.

The location is not totally surprising, as Kobe spurred the growth of basketball in China going as far back as 1998, when he began his yearly trips to that country. Over the years he grew the game there, and his passing was also widely mourned in China

The trip itself was brief–just five days to Beijing and some of the surrounding area. At the time we were working in Korea and didn’t have many days off from our jobs We wanted to take in some culture and history while travelling somewhere close, so Beijing was chosen.

Now, this was back in the days before the Beijing skyline radically changed–back then thre were far fewer of the steel-and-glass skyscrapers and futuristic designs seen there today. But we did manage to take in some of the more interesting traditional sights in the city and its surrounding environs.

On one of the days we took a tour of the Great Wall just to the north of Beijing.

We went underground and did the Ming Dynasty Tombs in Dingling that day, but unfortunately the photos didn’t turn out. Another day we did Longqing Gorge with its famous dragon escalator.

We took in Yiheyuan (The Summer Palace) along Kunming Lake. It was crowded but had nice views.

Also in Beijing we went to Tienanmen Square. There was a strong security presence there but the tourists were left alone. The square was massive, and took awhile to walk from one end to the other.

From Tienanmen Square we went to the Forbidden City. Known as the largest palace in the world, the complex seemed endless. We passed multiple palaces, courtyards, and saw a few interiors as well.

As we were walking in front of one of the many palaces, I noticed three black cars heading towards our direction, something that looked out of place there. We hadn’t seen any cars at all inside the Forbidden City during our time there. They eventually started driving up the wide steps towards us. I noticed eight bodyguards briskly jogging alongside the largest limousine in the middle of the convoy.

Eventually the car stopped and we saw a very tall man get out along with interpreters and assistants. Now, I’m not a big basketball fan but it wasn’t difficult to recognize an athlete at the top of his sport. It was none other than NBA star Kobe Bryant. Actually, at that time it was three time champion Kobe Bryant, as he had just wrapped up winning his third straight championship that same year with the Lakers.

At the time his popularity in China was still rising. This was before the age of social media and Internet access was less widespread in China than it is now. So he was popular but not mobbed by people, allowing us to get close. After she learned who he was, Kim shouted “Hi Kobe!”

He stayed for a short visit before leaving in the limousine. It was quite a surprise seeing a modern sports superstar inside such a significant historical complex.